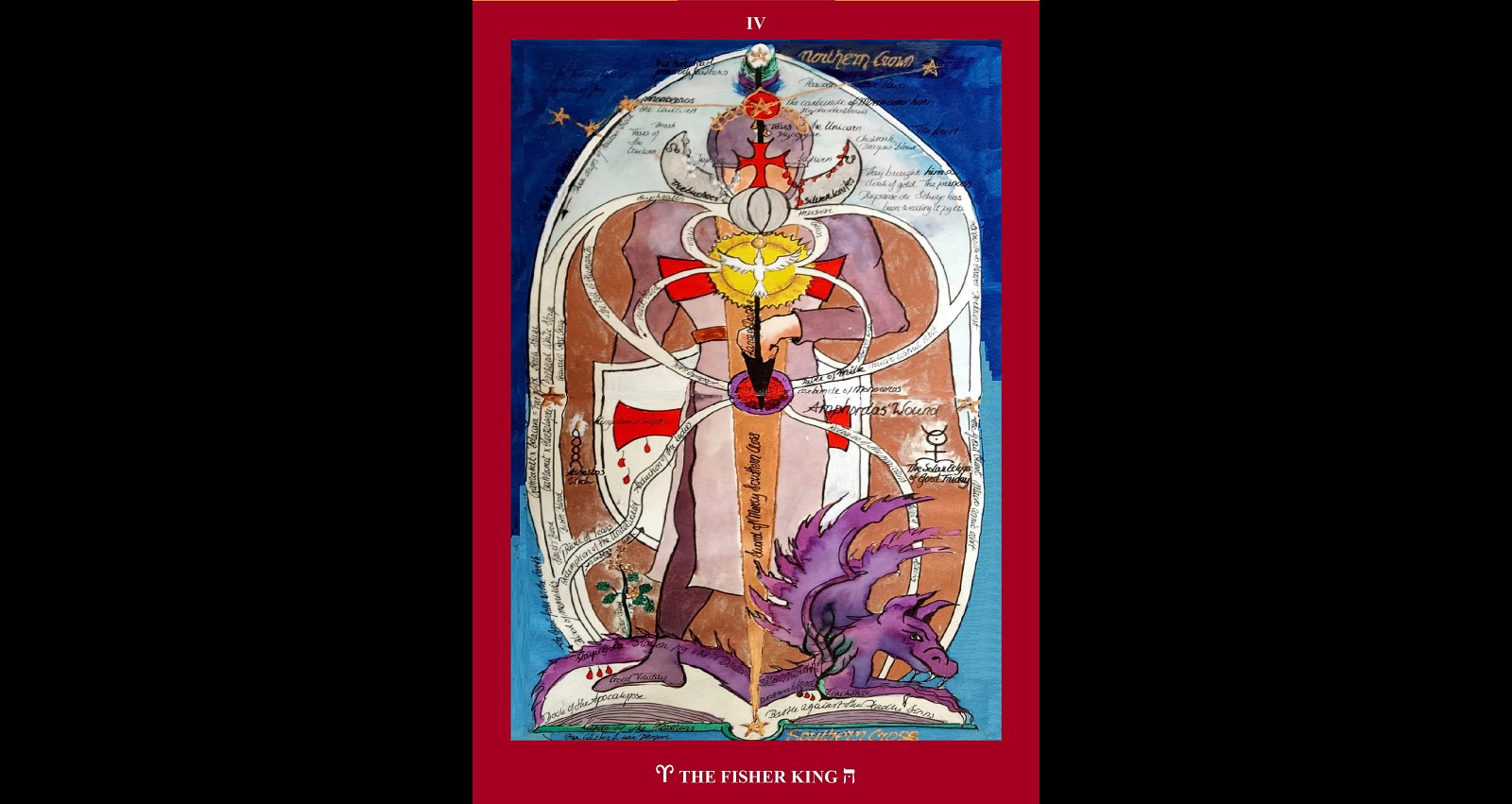 I am happy to announce that the online meditation for the fourth Tarot Trump is ready. In the Smith-Waite tarot this card is called the Emperor, but this title does not give much information about the nature of this card, nor about its history or mythology. To understand the full impact of this card, it is important to know that the Arcanum of the Emperor is connected to the month of Aries wherein the feast of Easter is celebrated.

The fourth Arcanum reveals the Mystery of the Sacrifice of the Corn King. These mysteries are described in many stories, among which the Parzifal from Wolfram von Eschenbach. Here we find the story of the wounded Fisher King and based on this myth I have developed:

“You raise from your cubical throne and grab your sword to defend yourself, but before you stand upright, a knight in black armor pushes the lance into your groins with an enormous push. You fall to the ground and roll back and forth, desperately trying to protect a deep bleeding wound ….”

For this Arcanum I have developed a guided meditation of 50 minutes that takes you right into the experience of the Wounded King and the different challenges he has to face. Unravelling starts with a basic question: Who is this wounded king, and what causes his incurable wound?